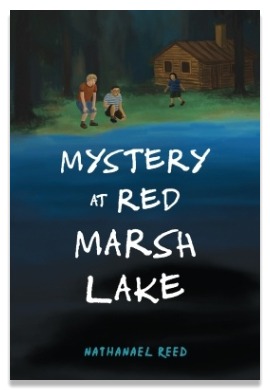 When Caleb Weybourne reluctantly agrees to spend the summer with his dad in the remote Northern wilderness, little does he realize what lies in wait for him. His father, a renowned anthropologist, has spent much of his adult life searching for elusive mythical creatures such as the Loch Ness Monster and Bigfoot. This summer, however, the professor is determined to find the giant, mysterious water snake, a much feared creature according to local Ojibway folklore.

Before reaching his final destination, Caleb inadvertently comes face-to-face with a sinister train robber on his way up north. Arriving in Chismo, his new summer home, he is befriended by two local boys, Isaac and Eli Cobby, who lead him into a series of perilous adventures in their effort to stay one step ahead of a mysterious snake creature and Kibo, the elusive train robber. In a dramatic showdown, Kibo forces the boys into a cave where he dynamites the entrance, trapping them inside. Can they get out in time, or will they end their days as bones for a future excavation team to discover?

Mystery at Red Marsh Lake is a fast-paced adventure story featuring a cast of unforgettable characters and set in one of the most ruggedly beautiful, yet somewhat mysterious regions of the world.